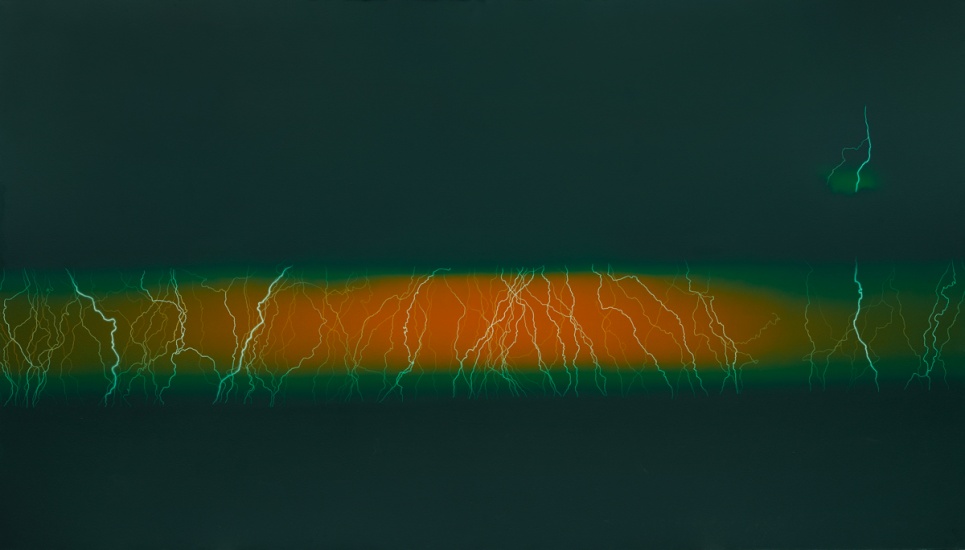 For me, there is a true sense of luxury in slipping into a museum for a short visit.  The edifice – in this case the AGO – becomes like my local library.  It’s no big deal.  I’m merely popping in.  Two wonderful shows were just waiting for me…

Jack and the Jack Paintings: Jack Goldstein and Ron Terada

Jack Goldstein and the CalArts Mafia is available for purchase on Amazon for CDN 52.94.  Complete pages of the book, which was written by Jack Goldstein and a collaborator, are reproduced as large paintings; white text on black, in Ron Terada‘s show, Jack and the Jack Paintings, at the AGO. 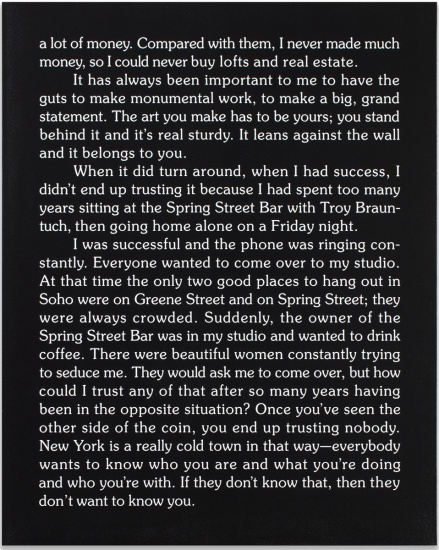 The paintings are fascinating. They contain so much: cringe worthy emotionalism, insight and aspiration, the personal/political dichotomy, and, most importantly, they are powerful objects, flickering between realms of subjective and objective meaning. 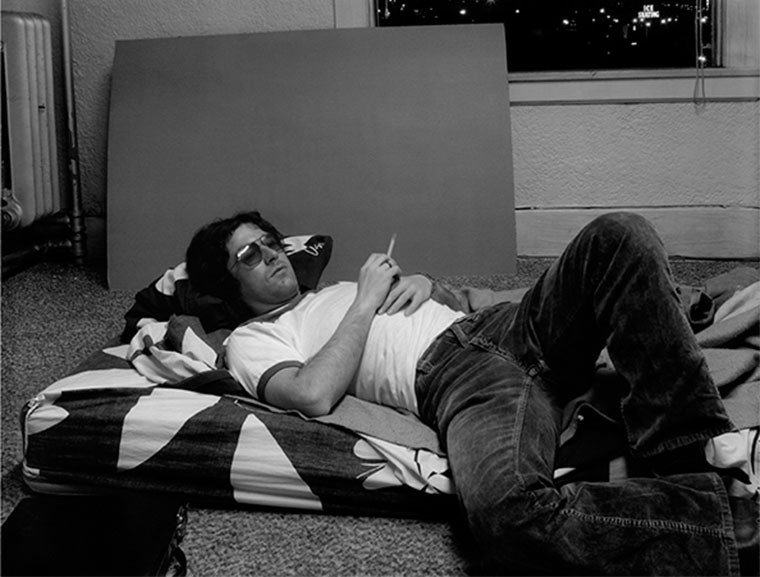 CalArts was the so-called “sister” school of NSCAD.  Maybe Jack Goldstein was a visiting artist?  I remember the name but…  Was he dating a friend of mine in the eighties?

The viewer can’t escape the texts, which constitute the paintings.  (I tried looking at them as white marks on black ground but I have not reached that level of enlightenment, yet.)  And these texts are so dense with 80’s art world gossip – all the references to Robert, Cindy and Helene!   All the resentment, whining and profound sadness.  It’s all too much.  Finally, the whole idea of the art world becomes something absurd, tainted and shameful. 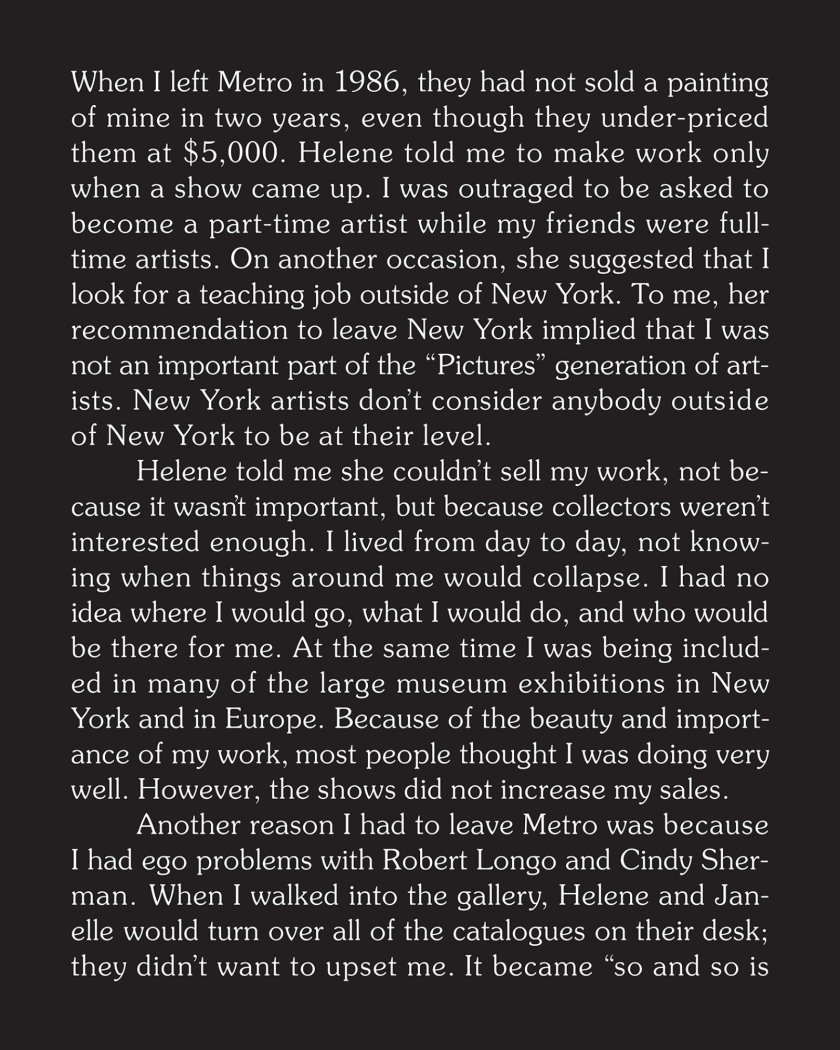 Included in the show is one of Jack Goldstein’s paintings.  It is large, about 8 feet long, and solemn.   It adds a lot to the exhibition: it  is a calming force, dark and silent, judgement free, and, pain free. 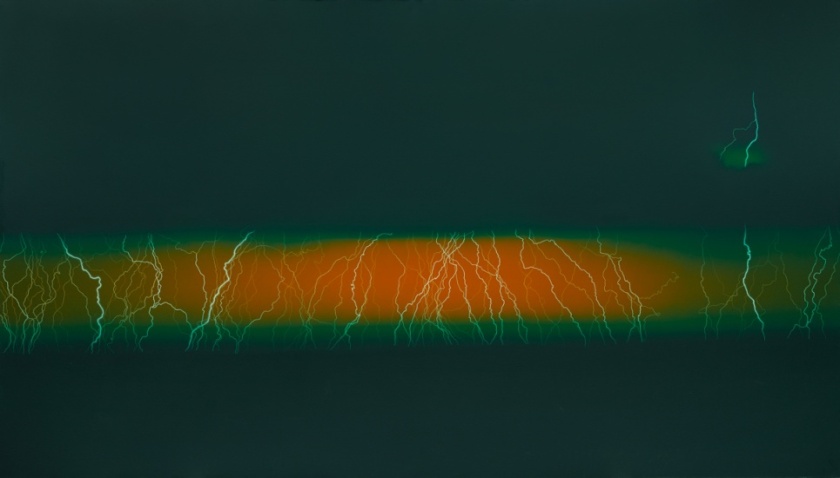 On the AGO’s main floor, at the end of trek through the Ken Thompson knickknacks, is a small room filled with many drawing, and, two sculptures.  These are early works (late 50s and early 60s) by Joseph Beuys; prior to the global fame precipitated by iconoclastic performance artworks such as I Like America And America Likes Me or How To Explain Pictures To A Dead Hare.

The exhibition notes state that the works on paper “revolve around the theme of death.”  Renderings of the body: truncated, naked and anguished are displayed, images of sunken graves, darkness.  They appear to be made hastily/compulsively, on cardboard, newsprint, office forms, file folders.  Some of the drawings are partially obliterated with opaque black or terra cotta coloured paint, or decorated with the ubiquitous silver or fat substances that Joseph Beuys frequently employed. 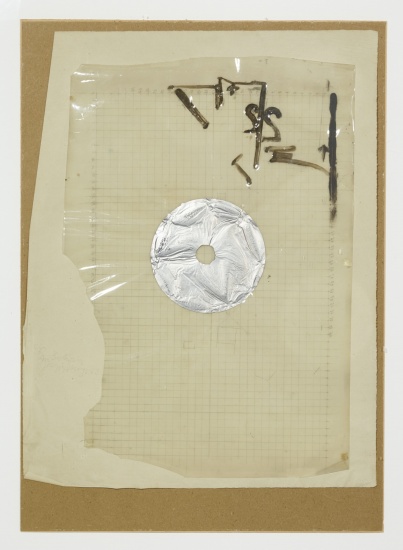 To Saturn by Joseph Beuys

The lights are dim in the exhibition and the delicate, fragile works are framed with excruciating care.   But despite the best attempts by museum preservationists there is a sense that they will not last.  But maybe that’s as it should be, as per the quote from Joseph Beuys below:

That is why the nature of my sculpture is not fixed and finished. Processes continue in most of them: chemical reactions, fermentations, color changes, decay, drying up. Everything is in a state of change.

The sculptures – one: broken and shambolic, the other: mysterious intertwined totems – are displayed in large vitrines.

During his life Joseph Beuys created the role of Shaman for himself; a figure of healing for modern society.  He engaged in social, political and environmental matters and explored the trauma of his WWII plane crash, and subsequent rescue by nomadic Tartars.  I was grateful to look at this work and to spend some  time thinking about how Joseph Beuys might respond to our current social upheaval and environmental crisis.