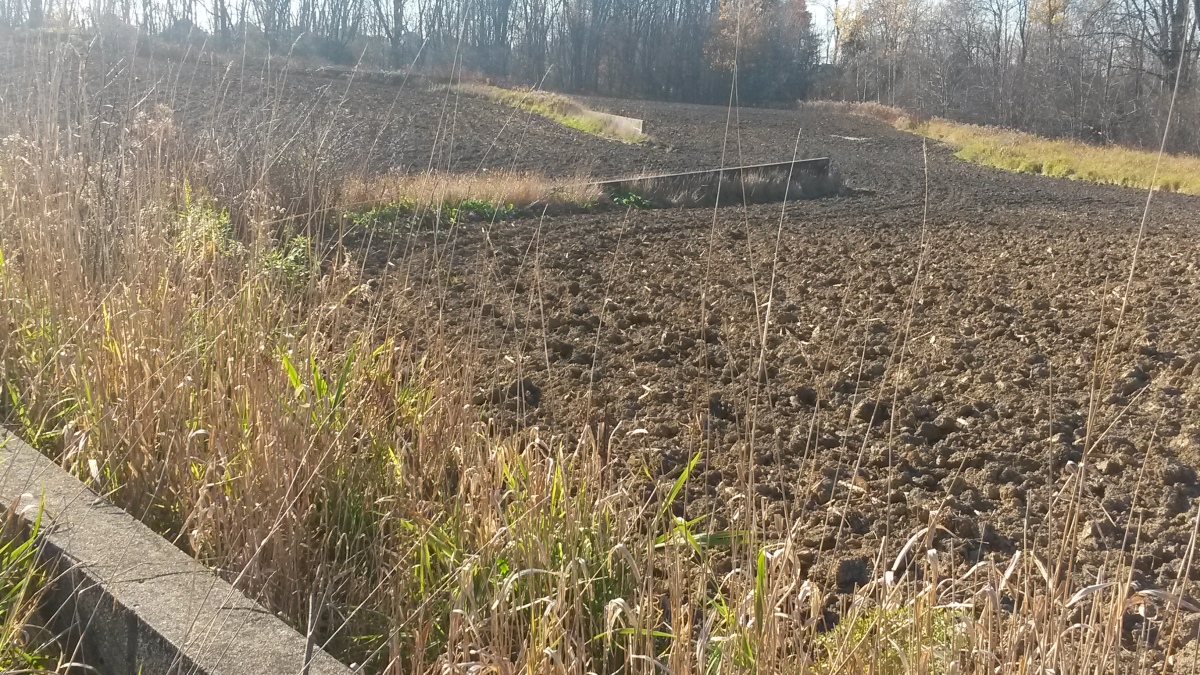 Having lived in the US for a number of years I was somewhat reluctant to participate when my friend insisted we knock on the door of a strange farmhouse in King City, about an hour north of Toronto.  Egress to the site of Richard Serra’s earthwork / sculpture Shift was no longer possible from the adjacent subdivision.  A passing jogger suggested we try the overland route, which would be trespassing.

“We are pilgrims,” we explained when the farmer opened the door, “looking for the Richard Serra sculpture.”

The farmer was cool (and unarmed) and in fact he recalled the period in the early seventies when the sculpture was created.  “Cement trucks arrived every day all one summer,” he said.

Richard Serra was a young artist at the time.  He and his girlfriend, Joan Jonas, together visited the site which belonged to art collector Roger Davidson, who commissioned the piece.  The artwork references their joint walks around the fields, which have a mildly rolling topography.  It apparently traces the natural zigzag path the two would take from the points which were furthest from each other but from which they were still visible to each other.  (You have to be there.)

“It will be about a half hour walk,” the farmer told us. 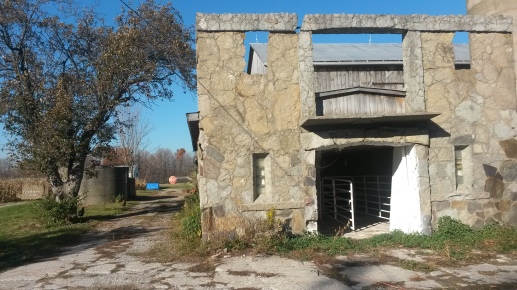 We passed various attractive outbuildings, associated with the farm. 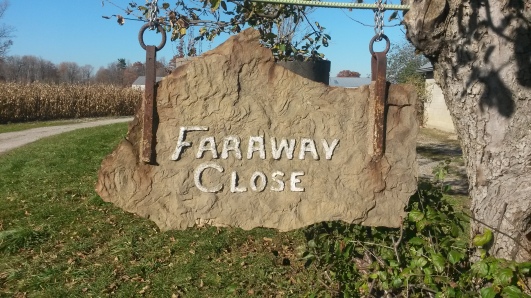 …and then made a left down the most idyllic path…. 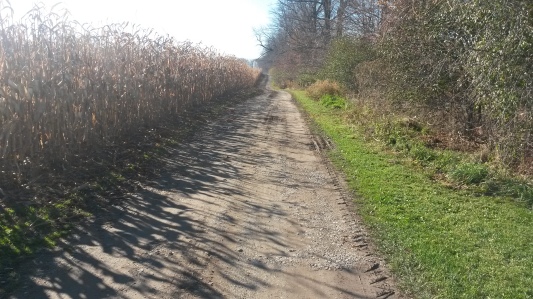 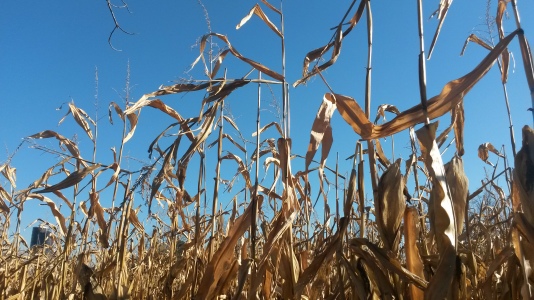 …edged by a corn field.

We got lost for a while….

… but met another friendly farmer who directed us onward… 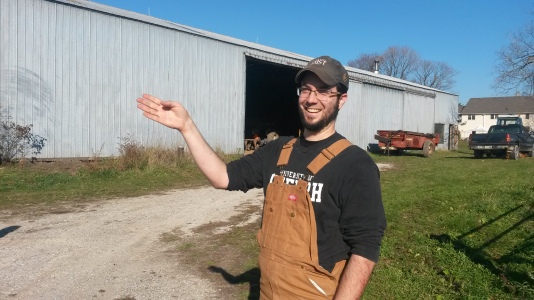 and we then found the landmark below.  It’s a…some sort of wood storage device. 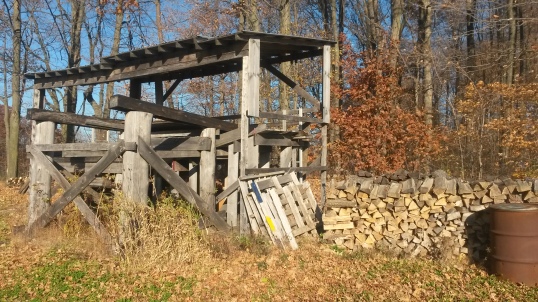 We skirted a swamp…. 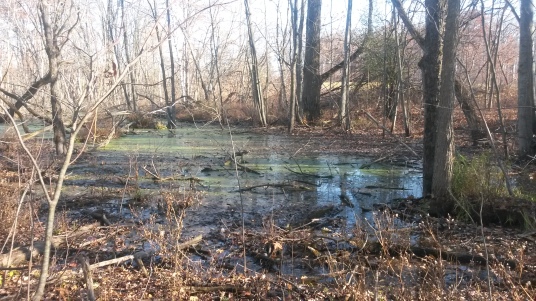 ….got covered in burrs, clamored up a muddy hill and there it lay: internationally obscure, audacious, sprawling, precise, stately, playful, supremely confident, enduring, elegant, startling, and big.  It is worth the trip. 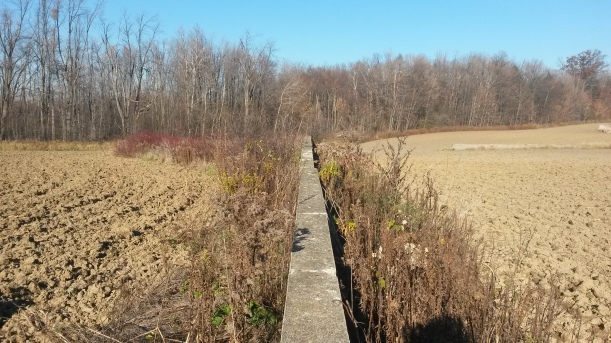 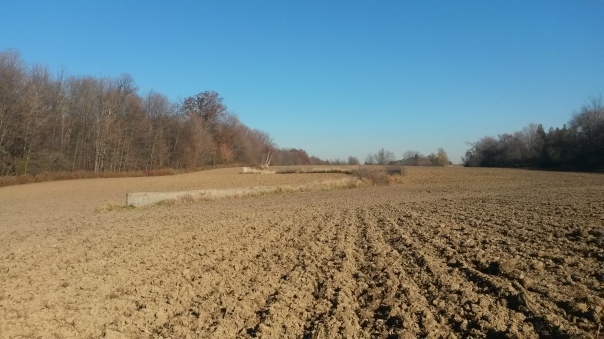 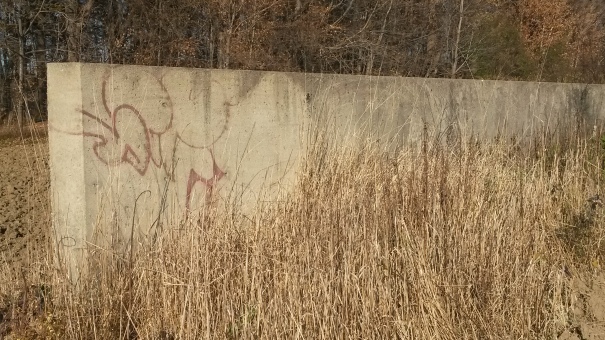 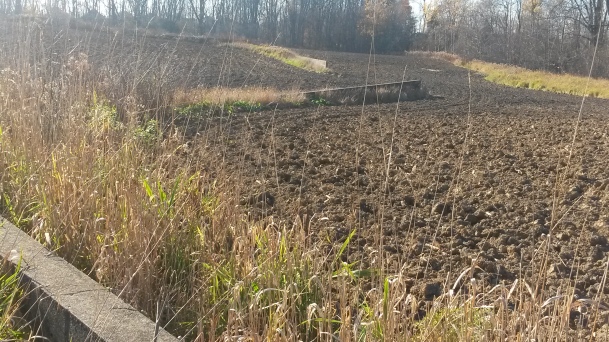 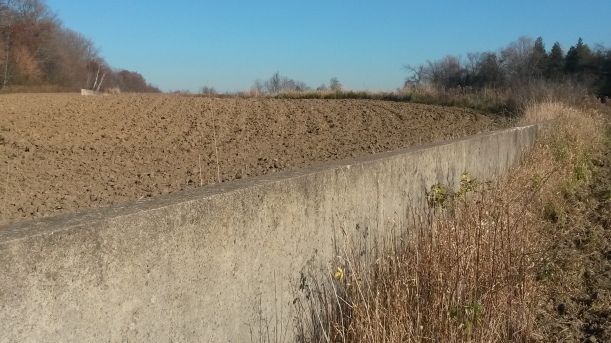 Great afternoon in King City!   Although the subdivisions are encroaching, and from time to time a developer insists the artwork be destroyed in the name of progress, the Township of King has seen fit to designate Shift as protected under the Ontario Heritage Act, preventing its destruction or alteration.  All the local people we spoke to seemed to have a soft spot for the artwork.  My friend (whose idea it was to make the trip) is sure there will be a gift shop and parking for 300 in another decade.  In the meantime it was time to go home and get the burrs out. 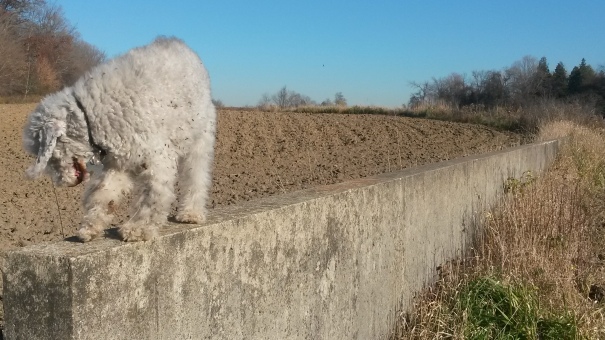