Villa Toronto kicked off this week with an opening in the great hall of Union Station. The exhibition was dimly lit and fraught with tripping hazards.  The beauty of the space – the spectacular vaulted ceiling, clerestory windows, touches of Canadiana like the carved city names ringing the hall – was ignored.  Instead a warren of tiny white galleries was installed, apparently in a rush. Unfortunately the place reeked of Cinnabon, which wafted up from the food court below.

On the positive side there was definitely some art to look at.  There were hordes of people and everyone seemed to be having a good time. 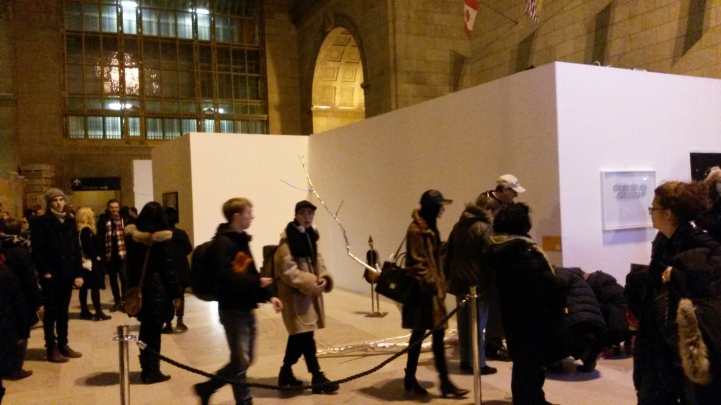 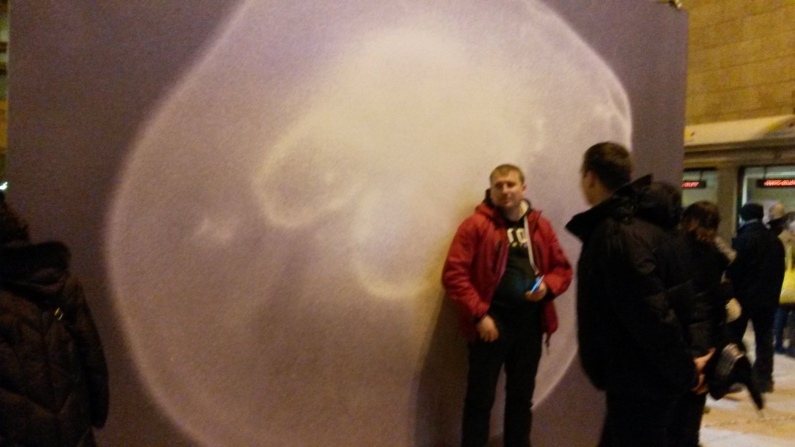 My friends and I were puzzling over the sculptures and drawings by Joseph Wagenbach.

A multi media kiosk told the story of this artist: his rural childhood near Hannover; the confusion and displacement of the war; some time spent in Paris where he may have met Brancusi; his reclusive life in Canada.  In 2006 he suffered a stroke.  His house was opened and a trove of art works was discovered. 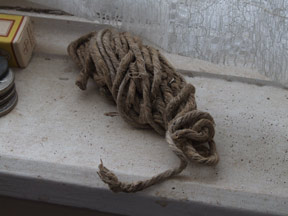 Initally we weren’t sure the object above represented a rabbit.  Maybe it was a cat of some kind or a weasel?  A particularly articulate and knowledgeable woman overheard our conversation and emerged from the crowd to explain that a particular rabbit was obtained from a Portuguese butcher and a cast was made of it and that is why this object exists.

The woman then went on to introduce herself as Iris Haeussler and confessed that, yes, she created the sculpture and the drawings; dreamed up the biography, the stroke, the discovery and in fact the whole alter ego of fictitious Joseph Wagenbach. 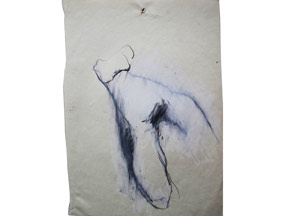 Iris Haeussler went on to tell us how liberating it was to create this work for her alter ego.  Self imposed inhibitions and doubts vanished and she enjoyed a truly creative period.