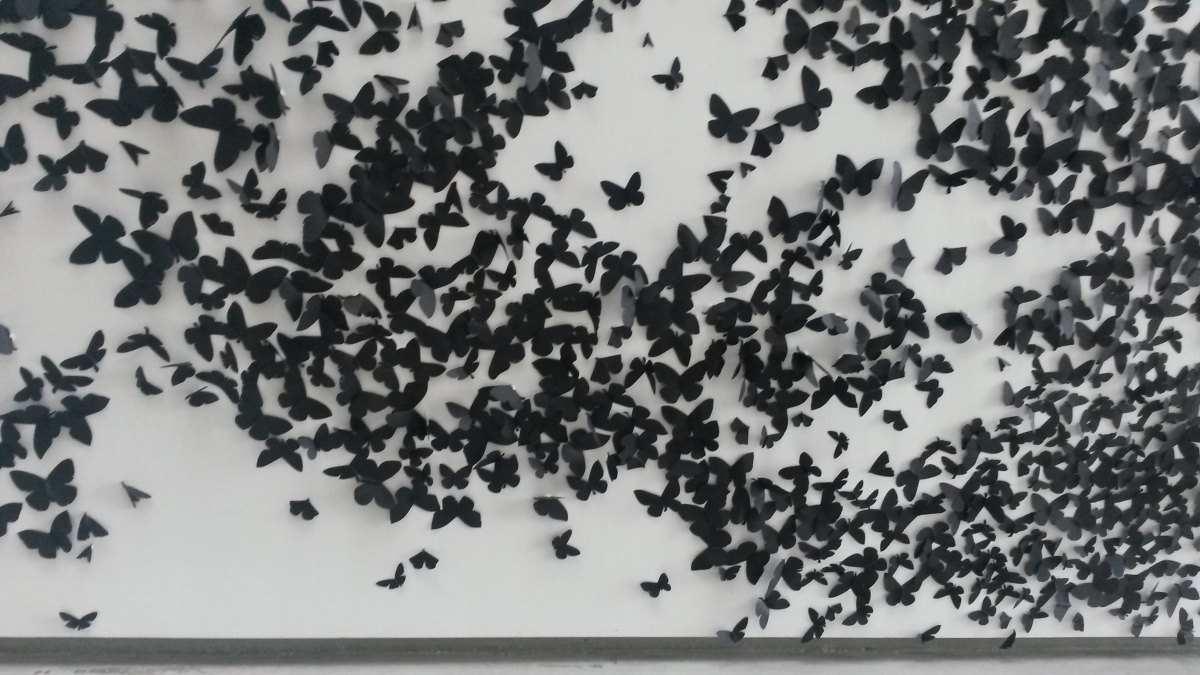 The Power Plant was originally part of the active, industrial Toronto port, built in 1926 for the purpose of housing heating equipment for the Queen’s Quay Terminal.  Maybe Carlos Amorales was referencing this vaguely industrial past with his installation entitled Black Cloud, on display at the The Power Plant Clerestory exhibition space, until January 2016. 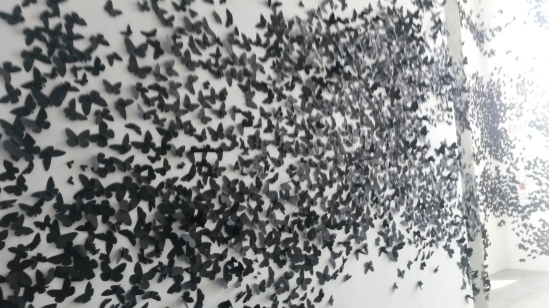 As cities became blackened and gritty in the distant industrial past, pale moths adapted by darkening their hue and thus were less visible to predators.  In the installation a massive swarm of black moths (made of lazer-cut black paper) has returned to recall a former incarnation of Toronto and settled in the airy, brilliantly lit gallery creating a striking, graphic effect, which hovers between the sense of a slightly menacing infestation, with overtones of pestilence and doom, and expensive wallpaper.  Of course, in this era, the industrial muscle of Toronto has been banished and the waterfront is now all about shopping, dining, walking around and absorbing culture. 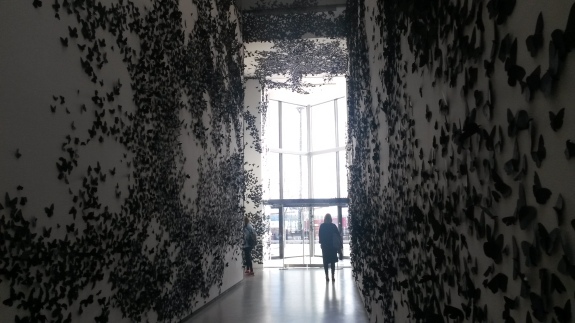 It was nice listening to Ed Pien give a rather emotional talk about the Black Cloud installation.  Ed Pien and some members of the audience became tearful in connection to a reading on the fleeting nature of time, loss, love, and just, well, life.  It must have been something to do with that sad Sunday afternoon feeling you get when you realize you have to get up early and go to work tomorrow.

In an adjacent galleries three sumptuous film loops by Mark Lewis are showing.  Pavilion, shot in the atrium of the TD Center, is a gorgeous mesh of grids, glass sheen and intersecting planes caught in strangely tentative and yet fluid camera movements.  According to the curator’s notes Mark Lewis’ films “reflect on the nature of cinema through the means of urban architectural perception.”  As a practiced consumer of film I immediately felt the presence of a narrative in this piece, possibly the story of an unhinged, peripatetic camera seeking connection amid urban alienation.

I See Words, I Hear Voices is the title of an installation by Dora Garcia, also at The Power Plant.  This artist pushes into various subconscious realms using compulsive writing, graphomania and voice-hearing.  The installation is dimly lit, features tables strewn with books and written materials; a lengthy, subtitled dialogue-heavy film is in progress featuring what appear to be academics engaged in intense discussion; antique chalk boards display symbols and random words, and mysterious drawings are barely visible in their position high up near the rafters. 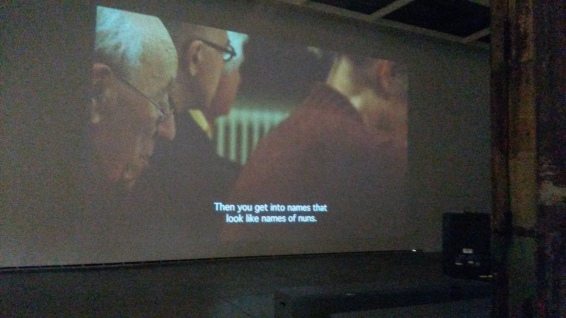 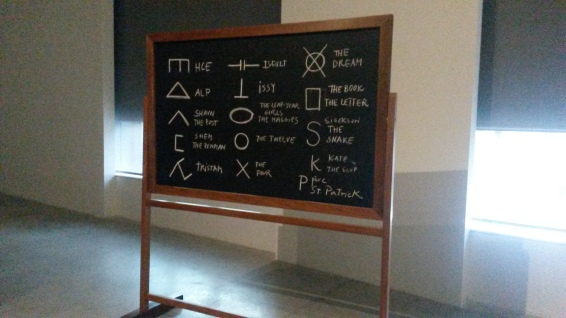 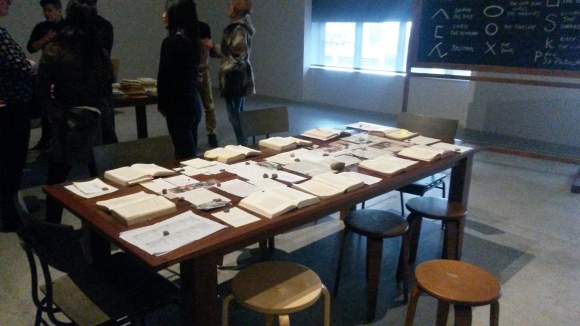 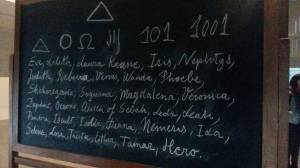 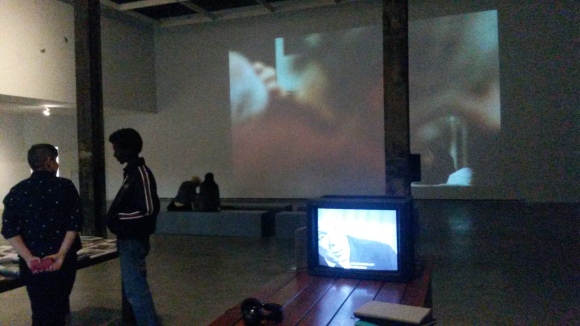 I See Words, I Hear Voices Installation by Dora Garcia

This piece has a seductive absurdity that I really like.  It made me think about the pleasure of work, pure thinking, note taking, research, documentation, collaboration, all that studious activity that can be so engaging but in this case there is no  endpoint.  Rather it is diffuse, meandering, extra-sensory, undefined, ongoing, loose and circular.  It is quite a radical statement and a sly, subversive challenge to the way our society rewards the obedient producer.